To celebrate May, the month of Mary, the whole school had a worship this week which focussed on Mary. The chaplains organised to go into each class, and lead a Liturgical Prayer, reflection and activity.

Within the worship, each class decorated a crown for Mary, which was then used to crown Mary during Mass on Thursday. 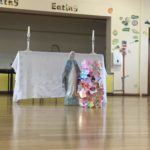 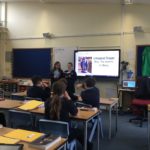 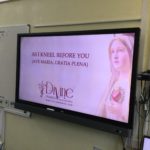 We are continuing to support the Emmaus Project, and therefore, the chaplains organised a onesie day. All children were invited to come into school in their onesies, and bring a donation towards the Emmaus Project.

The Year 6 chaplains led a whole school assembly, to remind the classes why we had dressed up, and how their donations would help the people of Uganda. 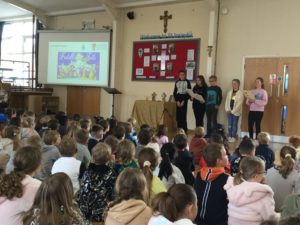 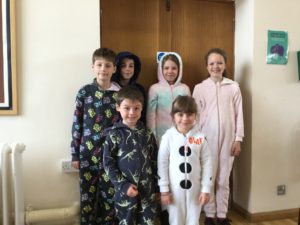 During Holy Week, the chaplains led a prayer walk linked to the Stations of the Cross around the school.

They stopped at each station for a short prayer or reflection, thinking about how the stations might link to our lives today. 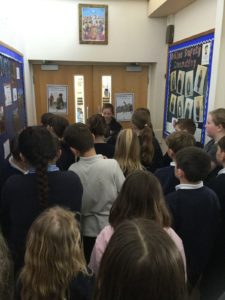 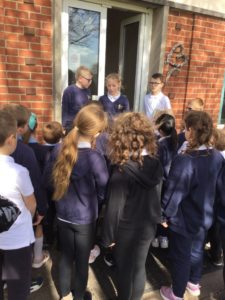 On Thursday 24th March, the School Chaplains organised and ran a cake sale to raise money for the Emmaus Project. They donated and made lots of cakes to sell to the rest of the school during their lunchtime! Well done to the chaplains who managed to raise £140.14  for this project. 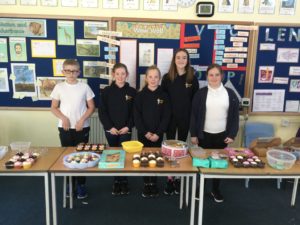 This year, St Joseph’s, as well as other schools in our Diocese, are supporting the Emmaus Project. This project will reach out to thousands of young people and their families in the Masaka District of South-Western Uganda. Working alongside the International Tree Foundation and the Masaka and District Land Care Chapter, they aim to provide independent water resources for 23 schools across the region.

The Chaplains went to each class in the school, to give an assembly about what the Emmaus Project was about, and encouraged them to think of ways in which the school can raise money.

The Chaplains have now come up with a plan, of different fundraisers that we can do in school to raise money and support this charity. 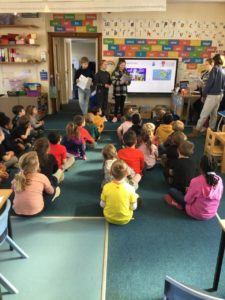 The Chaplains have created Lenten Calendars, which they have shared with each class. Every day, there is reflection, prayer or activity to complete. 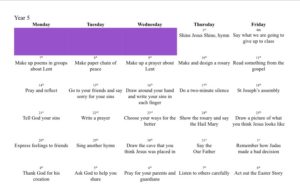 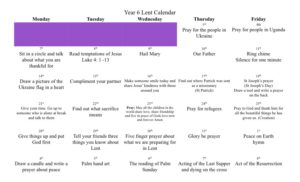 Our new school Chaplains were commissioned by Fr Frank on Thursday 2nd December. 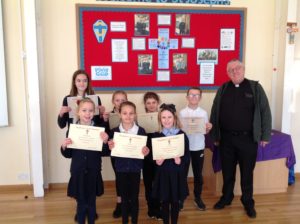 On Monday 29 November, the Chaplains from Year 4 and Year 5 went to Corpus Christi in Weston Super Mare for a Chaplaincy Training day led by Louise White. During the day, we learnt how to lead collective worships, and activities to do with classes. We also discussed different prayer activities we could try in school. 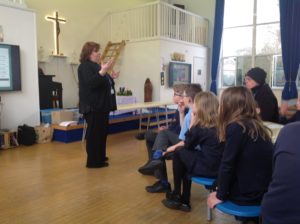 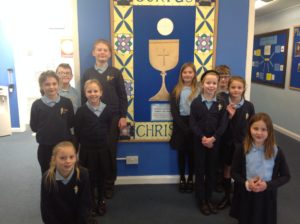 St Joseph’s celebrated Harvest Festival on Tuesday 5th October.  The chaplains led the school assembly for KS1 and KS2.  In their assembly, they explained what Harvest is and why it is important.

They also collected items, such as food and toiletries from all the classes, which will be donated to Bridgwater Food Bank.

In addition to this, we asked everyone to bring in £1 for wearing green clothes to raise money for CAFOD.  CAFOD are a charity that help people all over the world who are in need.  The money we raised today by ‘going green’ means we have helped people in all countries across the world. Thank you so much for your support and for your donations!

During the Month of  May, chaplains ran workshops for their own classes linked to Mary.

In Year 5, the children created paintings of Mary, and found scripture from the Bible about Mary. 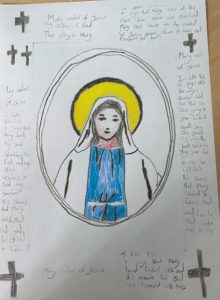 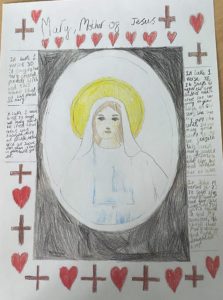 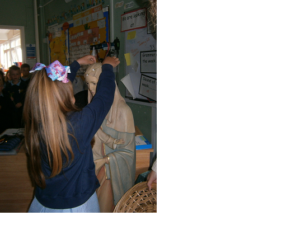 Year 6 ran workshops for their class on the Mission together Rosary. The children in the class learnt about the Mission together rosary, and the different colours represent different continents. They also draw their own rosaries, and learn about the mysteries. At the end of the session, the chaplains ran a reflection, where the whole class joined in with saying part of the rosary. Here are some examples of our work. 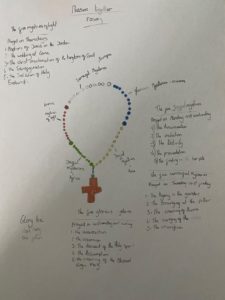 Lent through a Lens Competition

During Lent, St Joseph’s took part in a Lent Photography Competition set by the charity, Missio (Mission Together).  This competition was open to the whole school, and children were asked to take a photo of something that they thought represented Lent.

The School Chaplains then judged these entries and chose their favourite photographs as the winners.  Well done to the winners, Max and Zuza in KS1 and to Roxy and Lola in KS2

In November, the Year Chaplains created an Advent Calendar for each class.  Each day during Advent, there was an activity or reflection to complete.  Here are some of the examples of the calendars and photos of activities from some of the classes. 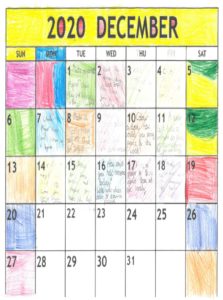 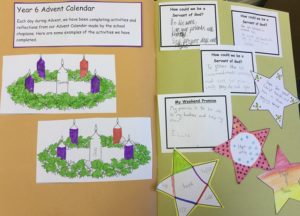 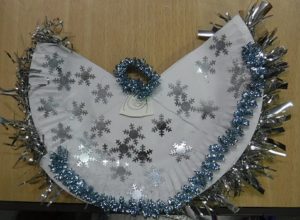 “On Friday 4 October, some of the chaplains took part in a Chaplaincy training day arranged by the Diocese. Chaplains from across the Dunstan Partnership came to St Joseph’s for the training.

At the training, we learnt more about what a Saint is, we worked in groups to discuss what it took to be a Saint. Later in the morning, we learnt about Cardinal Newman and how he was going to be canonised because he helped people with medicines and taught people about God.

Finally, Anne led a reflection and a Chaplain from St Joseph’s helped with this”. Connie, Year 6 Chaplain

During October, the Chaplains led workshops about October, the Month of Mission. Each group of Chaplains planned a lesson which included discussing what a Missionary is and looking at different missionaries from St Theresa of Lisiuex to Sister Sonia.

The Chaplains then explained about the Mission Together Rosary and the significance this has.

Each class then completed activities about how they could become a missionary by doing little things. They also used the Mission Together Rosary to think about what the different colours represent and wrote their own missionary prayers and poems.

In November, the Year 6 Chaplains made up Christmas Shoeboxes to send to Albania, Bulgaria and Hungary as part of the Blythswood Shoebox Appeal 2019.

For St Joseph’s Christmas Fair, the Chaplains ran a stall selling prayer candles. They made the candles during our chaplaincy sessions and then sold them and the money raised was donated to WWF (World Wildlife Foundation).

Our school is a special place where every child has the opportunity to grow and develop in God's love.

You can find out more about which cookies we are using or switch them off in settings.

This website uses cookies so that we can provide you with the best user experience possible. Cookie information is stored in your browser and performs functions such as recognising you when you return to our website and helping our team to understand which sections of the website you find most interesting and useful.

Strictly Necessary Cookie should be enabled at all times so that we can save your preferences for cookie settings.

If you disable this cookie, we will not be able to save your preferences. This means that every time you visit this website you will need to enable or disable cookies again.